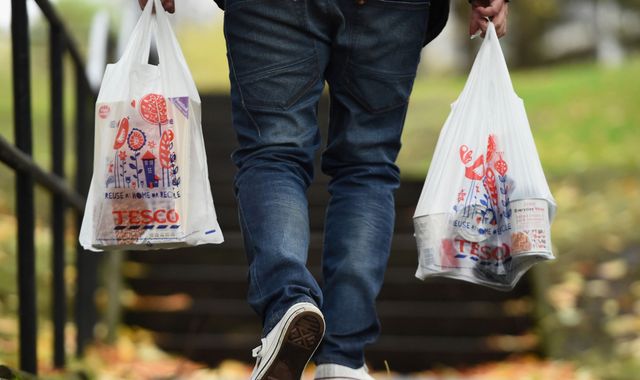 The government is planning to extend the charge on plastic carrier bags to all stores.

Under proposals unveiled over the Christmas period, the current 5p charge will be extended to all retailers and increase to 10p.

He said: “The 5p single-use plastic carrier bag charge has been extremely successful in reducing the amount of plastic we use in our everyday lives. Between us, we have taken over 15 billion plastic bags out of circulation.

“But we want to do even more to protect our precious planet and [this] announcement will accelerate further behaviour change and build on the success of the existing charge.”

The mandatory 5p charge introduced in 2015 applied only to businesses with more than 250 employees and is said to have cut the number of ‘single-use’ plastic bags sold in the major supermarkets by 86%.

This is equivalent to each person in England using 19 bags in 2017 to 2018, compared with 140 bags before the government introduced the charge.

Smaller stores will be encouraged to donate proceeds from the charge to good causes once they have been brought into the scheme.