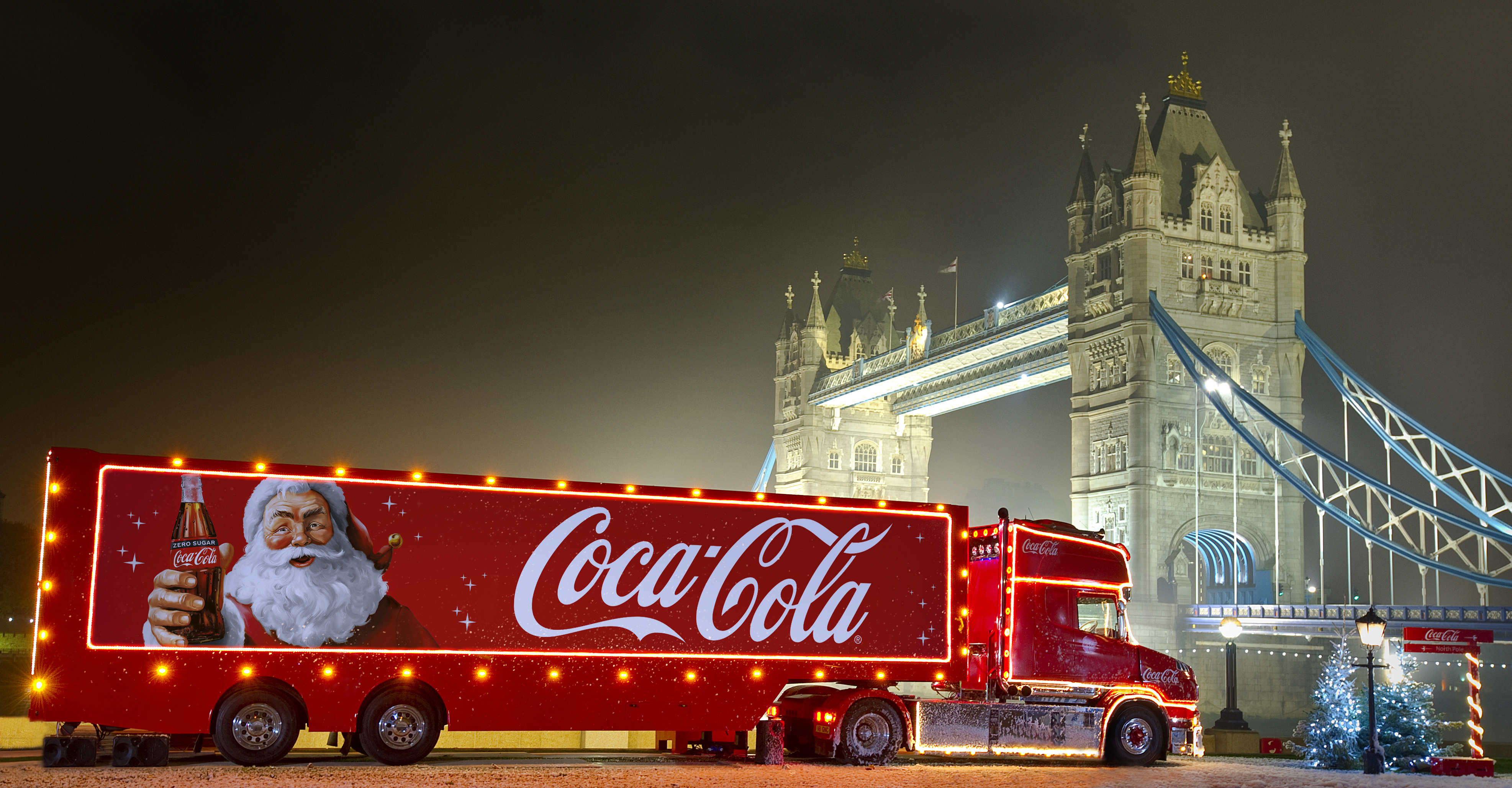 Coca-Cola European Partners (CCEP) has announced its plans for Christmas 2018, including limited edition packaging and the return of its ‘Christmas truck tour’.

Available from 12 November, the limited edition Christmas packaging features an image of Santa holding a bottle of Coca-Cola, in a move designed to “enable retailers and wholesalers to boost sales by adding an extra element of specialness to their drink range during the Christmas period”.

The design will appear across Coca-Cola zero sugar, Coca-Cola original taste and Diet Coke across a variety of formats including 330ml cans, 500ml PET bottles and on the wrapping of multi-packs.

The brand’s “Holidays Are Coming” TV ad will also appear from mid-November and will feature the glass bottle four-pack at the end.

Coca-Cola is also bringing back its Coca-Cola Christmas truck (pictured) in mid-November which will visit 24 locations across the country, starting in Glasgow on 9 November and ending in London on 16 December, and will hand out more than 240,000 Coca-Cola zero sugar or Diet Coke samples to consumers.

Every truck stop will include recycling signage and bins to encourage consumers to recycle their cans and bottles.

Simon Harrison, customer marketing director at CCEP, said: “The Christmas opportunity has been growing for a number of years now with shoppers spending £1bn more on groceries during Christmas 2017 than 2016.

“Colas performed particularly well and added the most absolute value to the soft drinks category, with Coca-Cola zero sugar claiming the fastest-growing cola brand crown. Our 2018 multi-million pound Christmas marketing campaign is planned to hit 95% of adults in Britain.”

The activity also coincides with the addition of a limited edition Cinnamon flavour to the Coca-Cola zero sugar portfolio.